This was a tricky one for me. 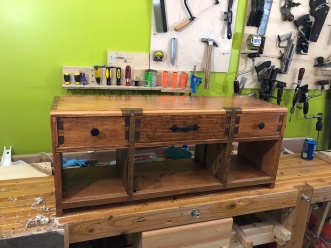 It seemed that every board I used was from the weakest

Shoe bench made for a friend to replace flat pack failure.

part of the tree and split.  Or the cuts I made didn’t make sense even if I was using the wrong measurement systems or any other myriad of things that could go wrong.

But I finished it.

And it looks good.

My #1 rule of woodworking is to build something that will outlast me.  The #2 rule is that is has to look good.  This piece nails both of those rules.

A few months ago (far too many) a friend of mine asked me to take a look at a piece of flat pack furniture they bought that didn’t go together right and promptly broke.  They lived with a shoddy piece of furniture for 3 years at that point and finally called for help.

The flat pack was beyond help.  Everywhere the screws were supposed to pull joints together were broken, the laminate sheets were already failing and the drawers were a rough-housing away from disintegrating.  I had to be the doctor and declare the piece DOD…Dead on Design.

Flat pack either goes right or it doesn’t.  When it goes right, it’ll last maybe 5 years before it needs to be replaced, which is just perfect for our trendy culture.  When it goes wrong, it falls apart as you assemble it and you have to spend hours boxing it back up, returning it and re-assembling the new one and that is the biggest travesty.  The time wasted.

Instead, I spent a few hours and made Janie a replica of what she bought that will last beyond her lifetime…something that is lost on our current society.  Lifetime furniture.  I didn’t invent a new gadget, I didn’t find some killer app that will let Janie waste away her days mindlessly tapping at a screen but I hope I gave her something her kids and grand-kids will fight over. 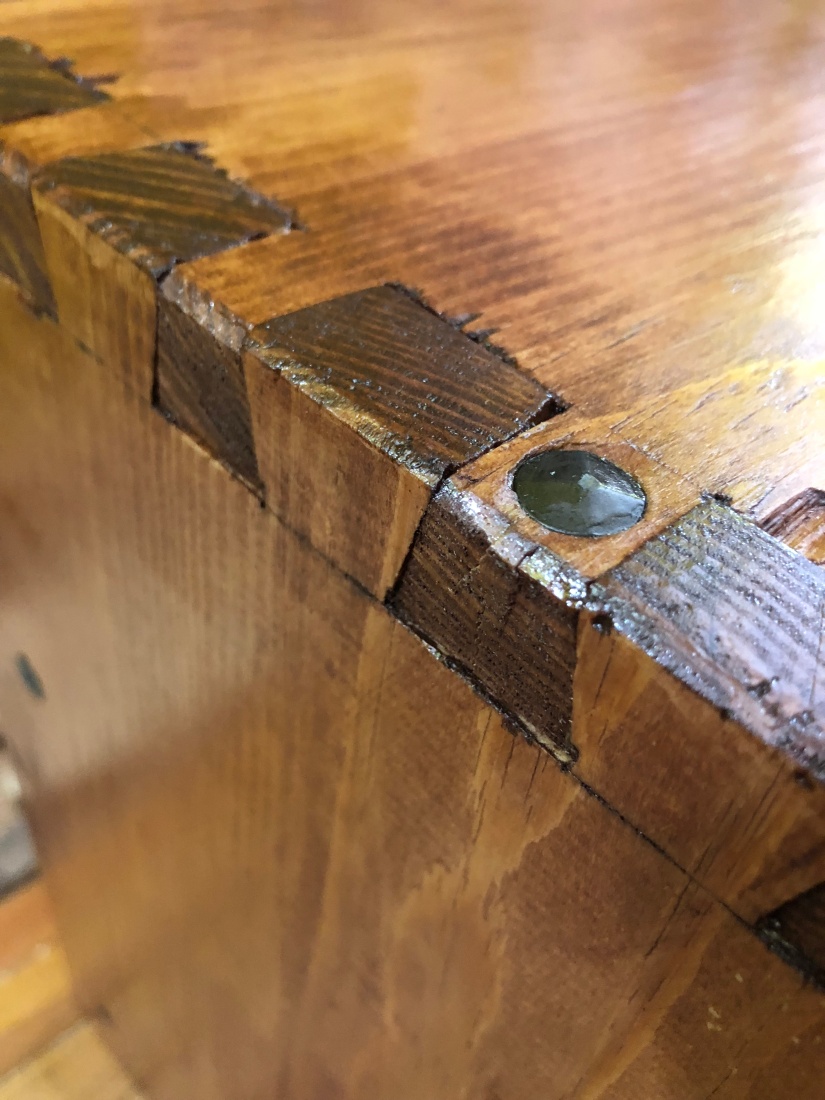 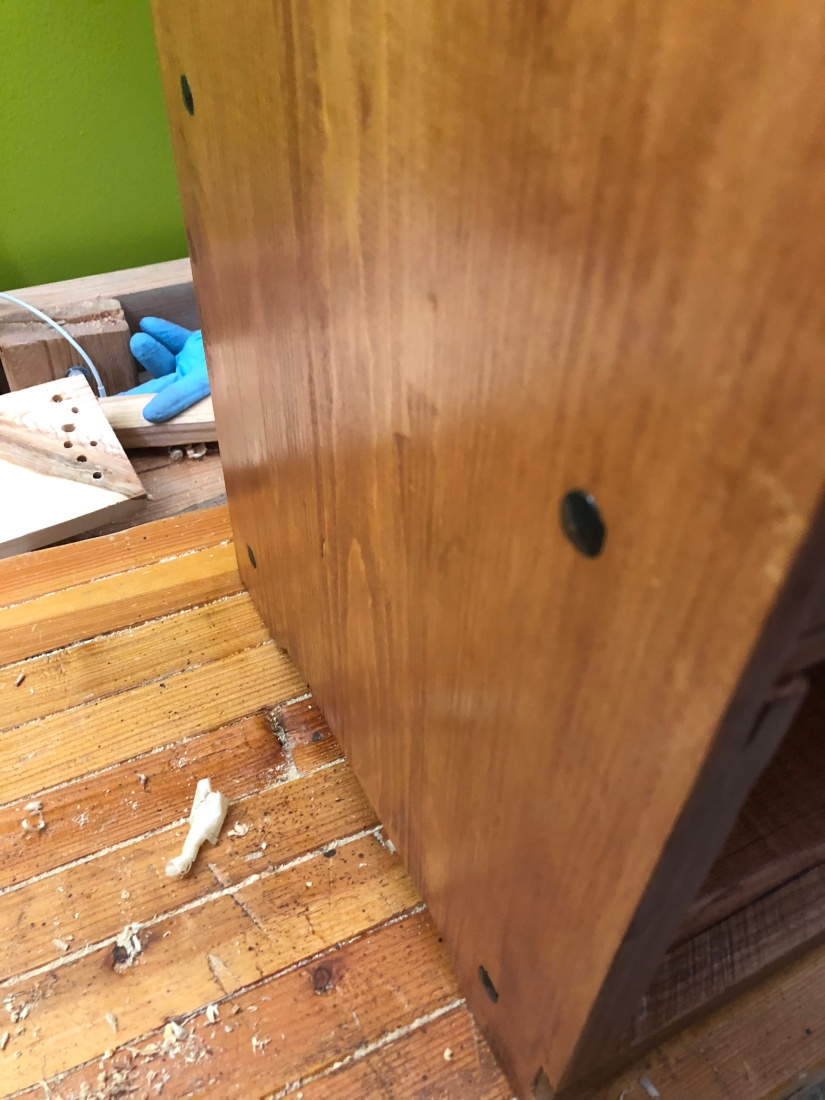 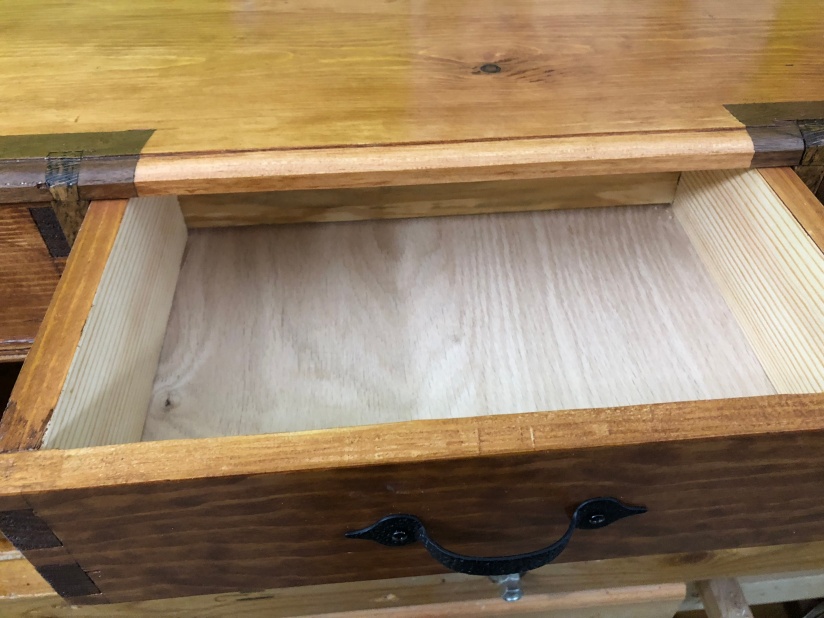 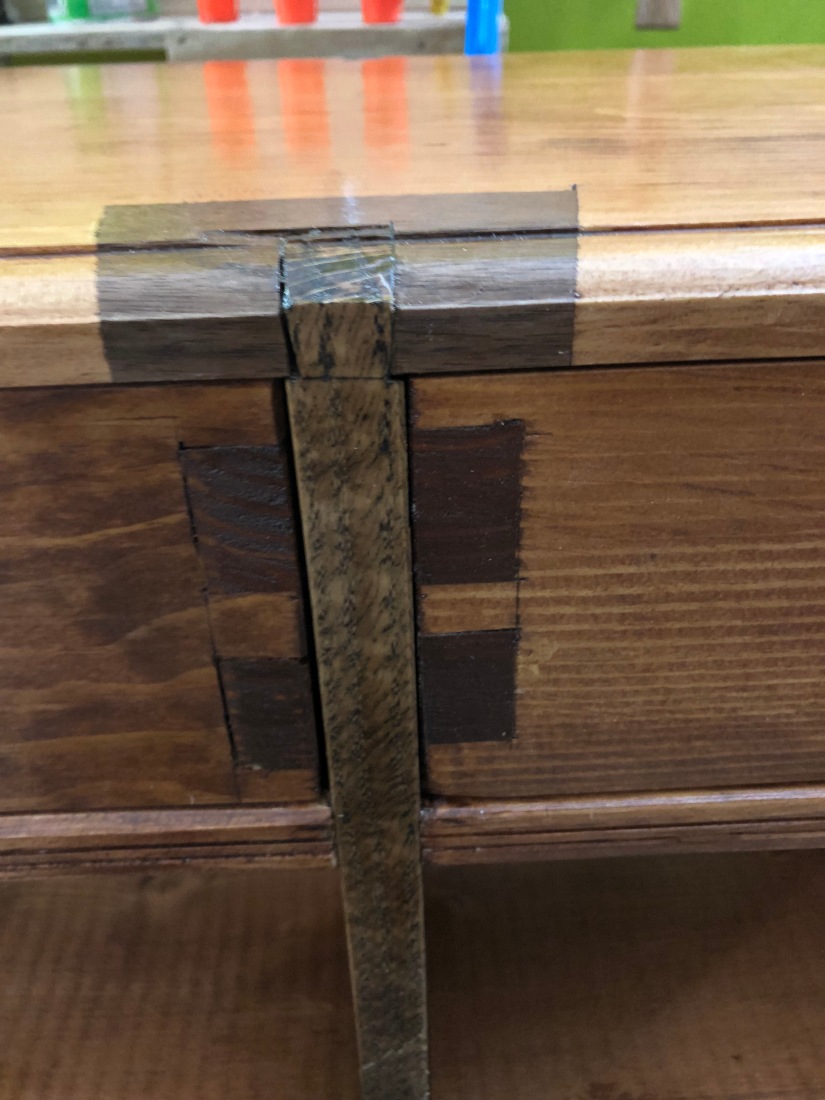 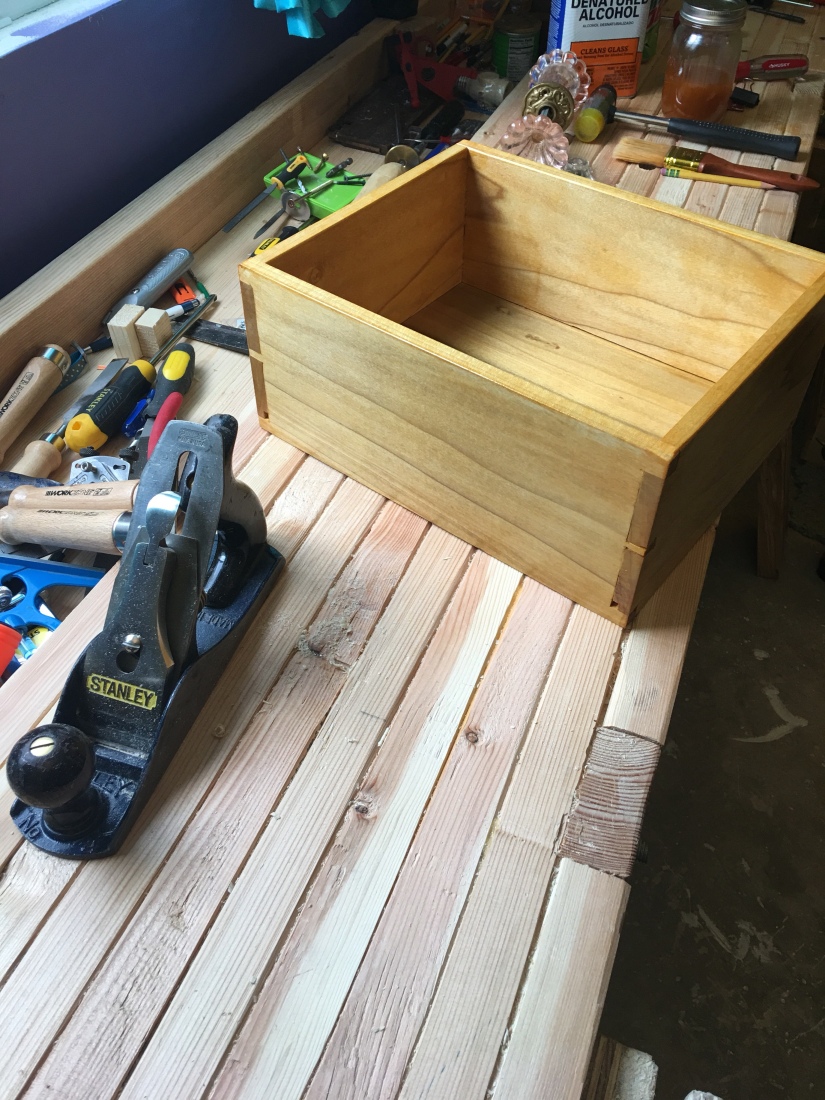 So I’ll putter into the shop and grab a scrap piece of wood and, usually, a chisel and start going to town just screwing around with it just to see if I can make a certain shape or a mortise or who knows what. Ultimately, I go to bed unsatisfied and longing for more time in the shop.

Thankfully, recently I got some extra money and purchased some supplies for shop projects to fill this time. I always need another drawer for tools or to start on a tool cabinet and now, after I finish The Ugly Box (post to come on this one), I’ll have more than enough lumber to get me through until I need to get my next project going.

Hopefully one that makes me some money.

Learn and revitalize hand tool woodworking with the common man through trial and error and lots of humor.

I’m no expert but I believe, when you max a box, the bottom of the box, generally, fits on the inside of said box. Maybe I can discover how to use 4 dimensional space to make this work.
Antique stop stop in central California yielded some interesting pieces. The last 3-4 pics are 2 separate pieces made from pine and they’ve aged very well.
Seems to me a book like this shouldn’t be sold in California.
Good news flat earth people!!! While “flying” over the states I got this amazing photo of the Giant Ice Wall. Apparently the monitor covering my window glitched!
It’s not quite old growth but you can still find some amazing fir going the 2x12 route at a big box store. #crappypine
Hammer budget is all used up for the month.
Follow on WordPress.com